Werewolf by Night and The Batman composer Michael Giacchino will make his big-screen directing debut with a redo of Them! for Warner Bros.

Per Deadline, the Oscar winning muso is meeting with writers as we speak, hoping to get the film before the cameras shortly.

Gordon Douglas’s original told of a huge nest of irradiated ants are discovered in the New Mexico desert and become a national threat when two young queen ants and their consorts escape to set up new nests. The national search that ensues culminates in a battle in spillways and storm drains of Los Angeles.

“There’s always a movie in your mind that never leaves your head,” Giacchino told the trade. “For me, that’s Them! It wasn’t until much later in life until I learned what it was about — the nuclear age.”

“Michael Giacchino is a unique talent. We’re excited to be working with him and have him at the studio,” said Warner Bros Pictures President of Production and Development Jesse Ehrman. 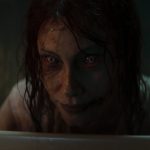 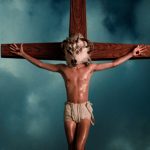