Warlock star Julia Sands is next in The Ghosts of Monday, “an unnerving new horror experience from filmmaker Francesco Cinquemani (Eye For An Eye).”

Mark Huberman (Vikings Valhalla) stars as a television director who becomes embroiled in a supernatural conspiracy after traveling to Cyprus to make a tv pilot about a haunted hotel. Sands, Marianna Rosset (Survive or Sacrifice), Elva Trill (Jurassic World: Dominion) and Anthony Skordi (Onassis) also appear in what’s described as a frightening profusion of suspense and scares.

The Ghosts Of Monday 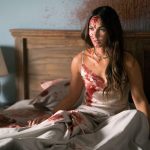 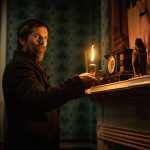