Dwayne Johnson has confirmed his Black Adam character will exist in a multiverse outside of James Gunn and Peter Safran’s upcoming films in the DCEU. Unlike some of his colleagues at DC, Johnson might also be invited back at some stage – if his and Gunn’s meeting went as well as they say it did.

Love @TheRock & I'm always excited to see what he & Seven Bucks do next. Can't wait to collaborate soon. 🙏 https://t.co/NLwRqBVkd1

While it sounds like the members of the Justice League, including Henry Cavill, Ben Affleck, and Gal Gadot are also out of the new brass’s upcoming plans, internet scatter has Shazam! star Zachary Levi and most of the cast of the Suicide Squad, predominately John Cena and Margot Robbie, staying on. 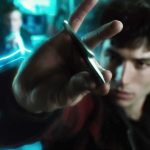 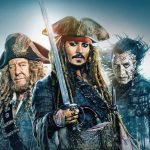