In a wide-encompassing interview over at THR that explores current, past, and future ventures for veteran producer Jerry Bruckheimer, the Pirates of the Caribbean alum said he’d – despite how his name has been the subject of headlines over the past couple of years – actually like Johnny Depp to consider joining the next film in the series.

Bruckheimer, who confirmed to they’re developing two different Pirates films at the moment, one with Margot Robbie starring and another with a younger cast, said Depp’s Jack Sparrow would be welcome back for the latter, expected to film first.

“I really don’t know. I would love to have him in the movie. He’s a friend, a terrific actor, and it’s unfortunate that personal lives creep into everything we do.”

Depp had previously said he’d only do another Pirates of the Caribbean if producers considered giving his character a definitive ending.

Johnny DeppPirates of the Caribbean 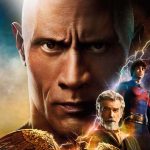 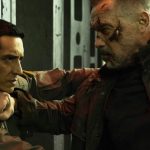