Patty Jenkins says she didn’t walk away from Wonder Woman 3, despite recent reports suggesting she exited the project after getting script notes from the new DC brass.

“Sigh… I’m not one to talk about private career matters, but I will not allow inaccuracies to continue,” Jenkins said on Twitter.

“Here are the facts: 1 originally left Rogue Squadron after a long and productive development process when it became clear it couldn’t happen soon enough and I did not want to delay WW3 any further. When I did, Lucasfilm asked me to consider coming back to RS after WW3, which I was honored to do, so I agreed. They made a new deal with me. In fact, I am still on it and that project has been in active development ever since. I don’t know if it will happen or not. We never do until the development process is complete, but I look forward to its potential ahead.”

“When there started being backlash about WW3 not happening, the attractive clickbait false story that it was me that killed it or walked away started to spread. This is simply not true. I never walked away. I was open to considering anything asked of me. It was my understanding there was nothing I could do to move anything forward at this time. DC is obviously buried in changes they are having to make, so I understand these decisions are difficult right now.

“I do not want what has been a beautiful journey with WW to land on negative note. I have loved and been so honored to be the person who got to make these last two Wonder Woman films. She is an incredible character. Living in and around her values makes one a better person every day. I wish her and her legacy an amazing future ahead, with or without me.”

New DC co-boss James Gunn responded on Twitter to Jenkins, saying : “I can attest that all of Peter [Safran] and my interactions with you were only pleasant and professional.” 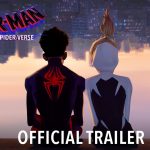 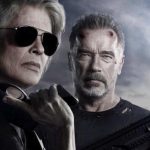