Wolff’s other genre credits include the critically acclaimed Hereditary, Pig with Nicolas Cage, and My Friend Dahmer.

The news hails from industry insider Daniel RPK, who yesterday reported that Djimon Hounsou will reprise his role from A Quiet Place 2 in the same film.

The Blood Diamond and Guardians of the Galaxy actor played the head of the colony in the John Krasinski directed sequel.

Speaking to The Knockturnal about his role in that film, Hounsou said “he’s just a man who desperately needed to save his family and himself. He’s trying to cope with the new environment, the new setting, the lack of community with people.”

Directed by Michael Sarnoski, A Quiet Place : Day One will star Lupita Nyong’o and Joseph Quinn. It releases on March 8, 2024. 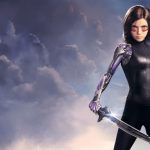 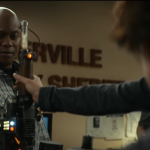