“Some of it is true, some of it half-true, some of it is not true, and some of it we haven’t decided yet whether it’s true or not”, new DC brass James Gunn said today in response to yesterday’s THR article suggesting a lot of the previous projects the company had in the works are now off the cards.

“Peter & I chose to helm DC Studios knowing we were coming into a fractious environment”, Gunn says of he and Peter Safran’s greenlight to clean house, should they wish, over at Warner’s DC Films division. “We know we are not going to make every single person happy every step of the way, but we can promise everything we do is done in the service of the STORY & in the service of the DC CHARACTERS we know you cherish and we have cherished our whole lives.”

Reports yesterday suggested Patty Jenkins had been fired from Wonder Woman 3, after the duo read her latest draft of the script. Not true, says Deadline, who says it was actually Jenkins, who walked from the project after getting the notes – some of which she clearly didn’t gel with.

The trade also reports that Gal Gadot may not be done with the character either – or Gunn and Safran done with her. Considering Jenkins walked from Wonder Woman 3, the duo may just as likely bring in another director to helm the Gadot-starring sequel.

Further, Henry Cavill and Jason Momoa also mightn’t be exiting the Superman and Aquaman franchises, as reported, but could possibly also be retained – likely for soft reboots of their existing properties. 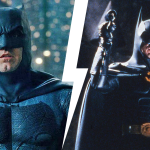 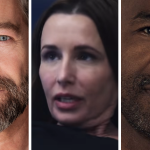