A couple of online punters, including Daniel Richtman, are reporting that the title of the newly-announced Alien movie is Alien : Romulus.

The Fede Alvarez helmed reboot, which is reportedly akin to the original series of films with a group of humans encountering the nasty face-hugger, will be a Hulu premiere. Earlier this year, Hulu achieved great success with their reboot of the Predator movies, Prey.

The movie, which Cailee Spaney is in talks to headline, will shoot in the UK in February. 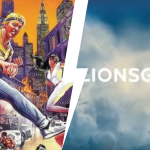 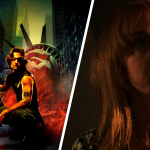