Seems Beetlejuice 2 is inching forward quicker than we thought.

A couple of days ago internet scooper Daniel RPK reported that casting had begun on the film, produced by Plan B and set to be helmed by OG director Tim Burton, with scouts beseeching an actress to play the title character’s wife (Dolores).

The scoop not only confirmed – well, duh! of course he was going to – that Michael Keaton will indeed be reprising his ‘Ghost with the Most’ in the long-awaited sequel but that, after being in development for decades, the movie might finally be a go.

Winona Ryder, who has long expressed interest in the film, is seemingly also attached with Daniel reporting that her character Lidia will be back, and she’ll have children in the film. The Direct confirmed Keaton and Ryder’s involvement, and added that Catherine O’Hara is also returning to play Delia Deetz, Lidia’s mother.

Our own Rafe Oman checked in with his sources who confirmed that casting had indeed begun on the movie and that there’s talk Jenna Ortega might also be getting involved in an on-screen capacity – a big fan of the movie, she’s the star of Burton series Wednesday, so it makes sense. She’s also got draw. Maybe she’s considering playing one of Lidia’s kids?

That’s all we gots – stay tuned!

That I know. Makes sense, right?! It’d be like doing Twin Peaks without Lynch, Godfather without Coppola… or Saw without Bell.

What I don’t know is, has it progressed beyond the initial chat the Dumbo filmmaker had with Brad Pitt and co. over at Plan B, who are producing the long-gestating sequel, since Feb?

Burton’s been a guest of honor of the Lumière Festival, where he’s done some press. It came up in one chat.

“I only know if I’m making a film when I’m actually on the set shooting”, he tells Deadline. “I try to go back to the root of everything. It springs from a seed and then it grows, rather than out of these statements. I am working on ideas and things but it’s all very early days. We’ll set how it goes. How’s that for a none answer?”

The Edward Scissorhands filmmaker has been loosely attached to a sequel for years, with Seth Grahame-Smith at one stage pegged to pen. It’s gone through many incarnations since then.

“It’s something that I really would like to do in the right circumstances, but it’s one of those films where it has to be right. It’s not a kind of a movie that cries out [for a sequel], it’s not the Beetlejuice trilogy”, Burton said in 2016 of a possible sequel.

“So it’s something that if the elements are right—because I do love the character and Michael’s amazing as that character, so yeah we’ll see. But there’s nothing concrete yet.”

Michael Keaton might be more clued in than most- which makes sense – according to composer Danny Elfman.

“The last… a year ago, I saw Michael Keaton, and he mentioned ‘So, we’re doing Beetlejuice 2?’, and I said ‘Well, you’d know more than I do.’ And I’ve heard nothing about it since.”

Besides Keaton, who’d of course reprise the Ghost with the Most, Winona Ryder has long expressed interest in returning, with Geena Davis also mentioning on occasion she’d be keen to reprise her role from the 1988 movie. 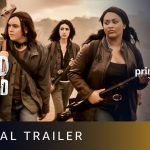 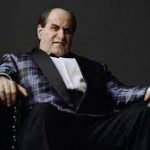