The new full-speed-ahead Penguin series at HBO Max, which Colin Farrell is attached to reprise his Oswald Cobblepot part from 2022’s The Penguin in, is “preparing to shoot from January to August of 2023 in New York City” according to The Illuminerdi.

The site also revealed that the working title of the series, , is ‘The Boss’ suggesting “It could be a reference to The Penguin’s aspirations of becoming the Kingpin of crime in Gotham. It could be an homage to the fallen Carmine Falcone, the deceased former “Boss” of the Gotham City underworld.”

In addition to Farrell, Cristin Milloti has been cast in the series as Sofia Falcone.

A new TV series fixing on the legendary villain the Penguin is in the works at HBO Max.

Though early days, the project is said to be a spin-off of the upcoming film “The Batman”, focusing on Oswald Cobblepot/The Penguin’s rise in Gotham City. Colin Farrell plays Cobblepot in the Matt Reeves directed movie, due 2022.

Reeves and Dylan Clark, who directed and produced the film, respectively, will executive produce the series.

Lauren LeFranc is scripting the series, the second series to be commissioned in recent times based on characters in the upcoming “The Batman”. 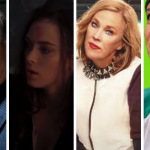 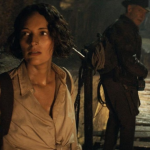