The very fun Candy Land gets a U.S theatrical and on demand release Jan 6.

Here’s a look at the newly released trailer, via Quiver!

Candy Land follows Remy (Olivia Luccardi, It Follows), a seemingly naive and devout young woman, who finds herself cast out from her religious cult. With no place to turn, she immerses herself into the underground world of truck stop sex workers a.k.a. “lot lizards,” courtesy of her hosts, Sadie (Sam Quartin, Body Brokers), Riley (Eden Brolin, “Yellowstone”), Liv (Virginia Rand) and Levi (Owen Campbell, X). Under the watchful eye of their matriarch, Nora (Guinevere Turner, American Psycho), and enigmatic local lawman, Sheriff Rex (William Baldwin, The Squid and the Whale), Remy navigates between her strained belief system and the lot lizard code to find her true calling in life. 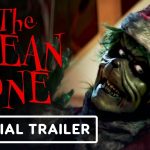 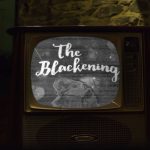