A sequel to the Ryan Reynolds-Jeff Bridges flick from a couple of years ago, with Jeffrey Donovan (“Burn Notice”) headlining, is on the way.

The Wild West has gone to Hell, literally, and the world’s best hope of being saved lies in the gun-slinging hands of Sheriff Roy Pulsipher (Jeffrey Donovan) as he becomes the newest officer for the Rest In Peace Department (R.I.P.D.) enforcing the afterlife’s laws. If the Old West was wild while he was alive, wait until Roy sees how weird it gets once he dies. Roy thought joining the R.I.P.D. would give him a chance to revisit his daughter and solve the mystery of his murder. Instead, he has his holsters full with havoc and hellfire when he’s given a mission to stop a dangerous demon from opening a portal to the underworld. The fate of the living and the dead now depends on Roy and his partner Jeanne (Penelope Mitchell), a mysterious swordswoman, as cowboys clash with creatures and undead insanity unleashes apocalyptic chaos. Own it on Digital , Blu-ray & DVD November 15th

Check out the trailer! 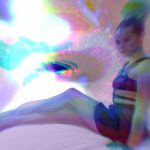 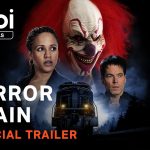