Something about 1987’s “Hellraiser” has always made me feel unclean and uncomfortable. It’s not that I don’t like the movie, I really do enjoy it, but it always manages to make my skin crawl more than any other horror film. I feel grimey watching and doing anything during it, whereas a film like “Hostel” or “Candyman” doesn’t have an impact on me. I can still eat during those films as opposed to “Hellraiser.” Even “Hellbound: Hellraiser II” gets to me on some level. None of the other films in the franchise do though. So when I first started 2022’s “Hellraiser,” I waited to see if that indescribable and unique feeling would pop up again.

Riley (A’zion) is a recovering drug addict who lives with her brother and his boyfriend. One night Riley and her bad influence partner Trevor (Starkey) sneak away into an empty warehouse where a shipping container awaits. Trevor tells Riley they should find something of value in it, and in some ways they do. Once inside the shipping container, the only thing they find is the Lament Configuration, even though neither really knows what it is, what it does or why it’s even there. The box, though, creates its own problems before unleashing all hell. The very act of stealing it sets Riley’s addiction off. She argues with her brother to the point of being kicked out of the apartment, and proceeds to down some pills before taking herself and the box to a nearby playground. Tinkering with the peculiar box, she unknowingly unleashes the Cenobites while her pills take effect and her brother, concerned about his sister, stumbles into a waking nightmare.

Without revealing too much more, this reboot/sequel/whatever simply works. For those who have been following along for years, and for those who don’t know, the “Hellraiser” franchise is kind of crappy. The first two entries of the saga are not only fun and creepy, but intermingle horror, drama and carnal sexuality so that the stories feel realistically horrifying. 2022’s version does the exact same. That’s kind of why Hellraiser III: Hell on Earth” through “Hellraiser: Judgment” really never worked. Those 8 films never coalesced, made sense back-to-back, and never really stuck with a theme or idea as to what the Cenobites were and what their purpose was. At least in this updated version, the Cenobites aren’t focused on killing video gamers (“Hellraiser:Hellworld”), spouting terrible quips, (“Hellraiser III: Hell on Earth”) or blatantly ripping off the movie “Se7en” (“Hellraiser: Judgment”). So you could say “Hellraiser” has a very low bar to clear in terms of quality.

The true red meat of these films, the Cenobites, are as gruesome as ever. The macabre, mutilated creatures from an alternate plane of reality (or hell) pop on-screen with shiny viscera, protruding needles, exposed and curled flesh and other various body horror images. As for the big enchilada, Pinhead (or as Clive Barker prefers, the Hell Priest), Jamie Clayton captures a slight essence of what Doug Bradley did in those first two films. His menacing, cold, calculating stare is nearly mimicked by Clayton, who understands less is more with this performance. She simply smirks casually while listening to others or delivers her words in such a stern evil manner that you can only imagine what horror lies behind her simplistic wording of “pleasure.”

Everyone else in the movie is fine. A’zion plays Riley as a likable, flawed heroine that sees her machinations mix with the other worldly machinations of the Cenobites. It provides a particularly interesting theme, while at the same time adding another layer of intrigue to the Cenobites and their “hell” that they populate. As for Trevor, the walking dumpster can that is seemingly up to no good, he serves his intended purpose, although it’s a bit too obvious why he’s there. As for Riley’s other friends and family, they come across as nothing more than Cenobite torture snacks. There is one character of interest, but “Hellraiser” fans will appreciate me not revealing much more.

Despite years of bad sequels, confusing plots, and seemingly scattershot approach to how the franchise should go, 2022’s “Hellraiser” rights the course and gives viewers something to wash the past 20 years of bad “Hellraiser” sequels out of their mouth. Clayton’s performance, Bruckner’s direction and the story all add up to a film that has the same kinky beat and sweet suffering as the original. While “Hellraiser” is sure to delight fans old and new, the film has it’s setbacks, like the need for an editor who recognizes this film is too long, as well as some ancillary characters and ideas that never pay off or stick out amongst the fresh coat of blood and guts. I also didn’t get that feeling I did when I watched the first two films, but that’s OK because I enjoyed the sights I was shown. 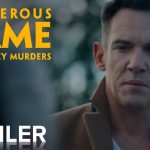 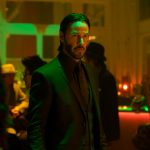