Up until recently I’ve shrugged off the found footage genre. During the 2000s I was blasted with advertisements of audiences watching the latest found footage film shrieking in terror with the ad assuring me that it’s the scariest film ever. While I can chalk that up to obnoxious and misleading advertising, the genre also suffered from several other things. For instance, screen distortions for cutaways, bothersome shaky cameras, predictable jump scares and flawed storytelling issues like, “Why is this being filmed? Why are they still recording?” My negative assumptions about the genre were thrown into an open grave in 2022 because of films like the surprisingly terrifying “Outwaters” and the journey into insanity, “Masking Threshold.” Now “Deadstream” has arrived with a shovel.

When we meet Shawn Ruddy (Joseph Winter), the host of the wildly popular Youtube show “Wrath of Shawn,” he’s attempting a comeback after being canceled. The practical joker, like a lot of real-life Youtubers, enjoys putting himself and others through crazy stunts like dog sledding in his underwear or crossing the Mexican border illegally in a trunk. The stunt that got him canceled though, he’s not upfront about. The stunt he’s going to do to put the woke mob at ease will be staying the night by himself in an abandoned Utah home known for paranormal activity simply referred to as the “Murder Manor.”

Shawn is ready to film and impress though. He has various cameras in tow that he sets up around the house, he removes spark plugs from his vehicle and locks himself in the house, and quite literally throws the key away. This is all to prevent himself, a self-professed scaredy cat, from escaping. I know you’re already thinking back to the first paragraph where I complained about found footage logic. But alas, “Deadstream” has a fantastic reason why Shawn is staying the night in a building with murder in it’s name. Money. To keep his few remaining advertisers happy, he is setting rules like investigating every ghostly sound or sight he encounters and allowing his advertisers to drop him like a sack of potatoes if he flees the premises.

Money aside, Shawn isn’t smart and is a legitimate coward. You think locking yourself in a home would be enough, but to completely immobilize your transportation to a home in remote Utah? Also, while deathly afraid of the unknown, he certainly doesn’t have any issues doing or saying things that might antagonize a ghost. He walks around with creepy Halloween music to play while he narrates the surroundings and stories about what haunts the Murder Manor. All that being said, Shawn is a real scummy individual, prioritizing profits and followers over his own well-being and those around him. So when the ghosts come out to play, we don’t necessarily feel sorry.

However, Winter, who not only plays Shawn, but directs and wrote the film with his wife, crafts Shawn to be oddly likable. His girly cries of terror made me laugh every time it happened and he manages to have a few agreeable jabs at the woke audience that has forced his hand. Given the circumstance, he does seem to channel the thoughts and reactions of an individual exploring the abandoned house of death. As someone who explores abandoned buildings on occasion, I’ve never explored a building that has death in its nickname, nor would I do it alone. It’s also obvious that the reason Shawn was canceled in the first place, continues to weigh on him consciously.

“Deadstream ” is what happens when the “Blair Witch Project” and “Evil Dead II” design a haunted house. The first third of the film has plenty of creepy moments and the inevitable jump scares that are more fun than annoying (he shrieks like a Kindergartener on a playground). The brisk first half of the film helps give way to a nightmarish funhouse bathed in blood and body parts as Shawn scrambles, fights and cries for safety. Funny moments range from the macabre ghouls that attack Shawn to Shawn interacting with the audience that’s watching on the livestream. Not only do they bait him into doing stupider things, but also remind him of his own fallacies as he begins to realize the direness of his situation. “Deadstream” is a fun found footage film that will make you laugh and cheer at the follies of an attention seeking Zoomer douchebag who deserves every ounce of terribleness heading his way. 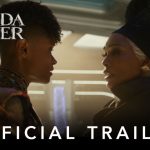 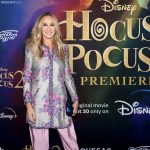