35 years after the release of the original Hellraiser – with many sequels of varying quality in between – Clive Barker’s tale of pain, pleasure and the hellish realms in between has been reimagined for a new generation. 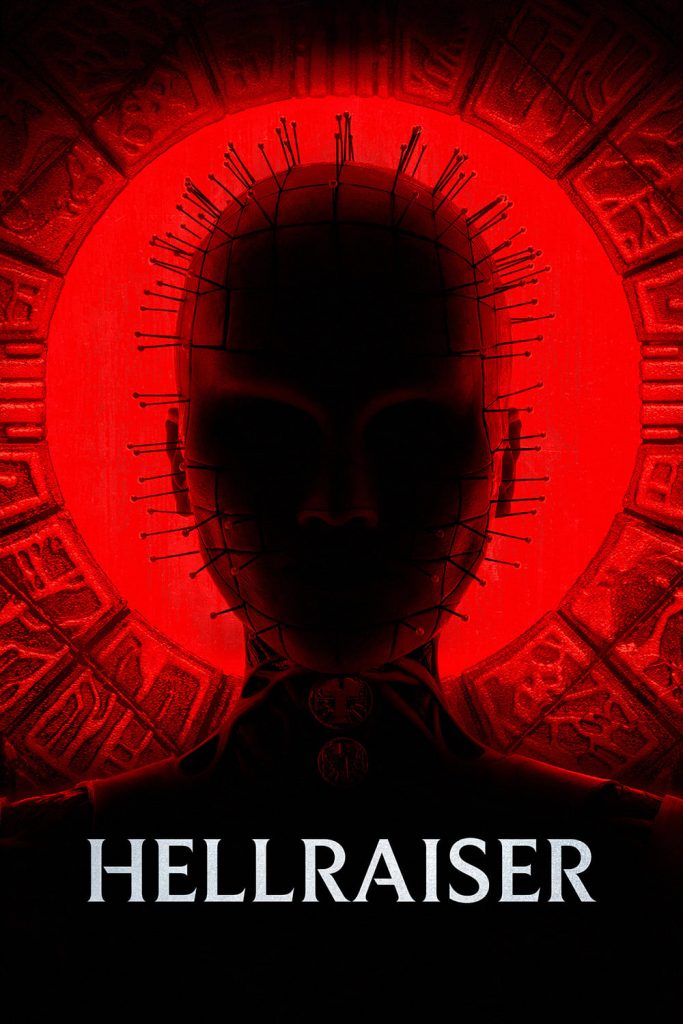 A young woman struggling with addiction comes into possession of an ancient puzzle box, unaware that its purpose is to summon the Cenobites, a group of sadistic supernatural beings from another dimension.

We had the immense pleasure of discussing her personal creative processes, plus how she and her collaborators gave life to the new world(s) of Hellraiser.

What kind of questions do you ask yourself when approaching a new project, both in general and for the new Hellraiser?

Kathrin: I let a lot of questions wash over me. We definitely aspired to honor the original movie. With our Hellraiser, moving away from the family structure of a mature woman dealing with her “come to daddy” kind of storyline, we move into a roommate situation with our protagonists being young adults in their twenties and early thirties. Those characters, living in present-day America, are obviously dealing with different issues and circumstances than our original character. Voight, as the antagonist of the film and the bridge to the world of the Cenobites, was a very complex and exciting character to think about.

The first question that came to mind was: how do we marry those two worlds? In terms of a mythological structure, how do we get from the ordinary world that we get to know with Riley, her roommates and her brother, into this extraordinary world of Voight’s mansion – something that has fantastical nuances and allows us to break away from realism as us normal mortals know it? How do we further bridge that into the Cenobite world, and interpret it and bring it into modern-day context?

Questions that build on that were about how to translate the largest themes that our characters are struggling with into a visual world. There were polarities that I really enjoyed playing with: Riley going up against Voight, to play with Riley’s world in a very organic nature, in saying that the environment she’s in has something of a grungy feel. She’s struggling with addiction, she’s easy to get seduced, and she’s struggling with dysfunctional relationships. So how do you visualize that outward?

I think what we tried to accomplish in a few scenes is to show the nature of a 20-something-year-old addict and how their environments look. With Voight, the tendency gravitated towards a very masculine, somewhat oppressive environment to mirror his ultimate desire of power and how he interprets the environment around him. So we had those two pillars, and from these two pillars a lot more questions unfolded.

Once you’ve begun to answer those questions and start to flesh it out more visually, what kind of methodology are you typically using? I’ve seen some 3D environment concepts for Hellraiser, and it’s very interesting to see how they came together physically.

Kathrin: In the beginning, I start with research and finding visual cues that are inspiring to myself. When I say “myself,” I always want to immediately say: that always runs in sync with the director. So if I find a visual cue that I respond to, I put together look boards and present them to the director, making sure that I’m still on the right track. So when I say “I,” just keep in mind that it means there’s always an entire creative collaboration there at all times.

So first, I start out with visual cues. That’s really a gut feeling from having read the story and having an emotional response. I like working with emotional responses. I think that’s the ultimate goal as storytellers; that the audience has an emotional response [too]. So I really try to keep my process emotional. Once I have visual context and inspirational images, I often go to SketchUp and start designing basic ideas. SketchUp is a really great tool for that, because it’s very quick. It’s like hand-sketching; you can kind of just put together very simple architectural fragments that will further help you communicate your ideas.

In the instance of Hellraiser, something that I hadn’t done before that I really enjoyed was working with concept artists. That was a real joy. It’s something I’ve always wanted to do, but it’s often a time or budgetary issue. What I was able to do further in terms of starting and solidifying the creative process is that with my look boards and my rough sketches, I was able to pass that along to the concept designer. In sessions, we would create early concepts for the showroom, the sex dungeon, Voight’s house. We did a bunch of concepts. Later on, when we found certain locations, we did concepts to visualize how these locations would look under heavy modification.

Lots of conversations is another thing – just asking a ton of questions and seeing the responses from the creative collaborators, and then visualizing it as much as possible. I think visualizing is really key in pre-production, so that you get a very clear red string through the design arc of any project. By doing that, you crack the code. I think every story has a visual code. That’s not something that’s a given – I don’t know it from the beginning. I really try to dive into it and crack it like a puzzle.

Like many classic horror films, the visual aesthetic is a major appeal of the Hellraiser series. When it came to fusing ideas of the original films and this new re-imagining, how much balance was there in pre-production between paying tribute and breaking new ground?

Kathrin: There were definitely a lot of aspects – and David (Bruckner) really heralded that – that we wanted to honor from the original film. The puzzle box was something that David paid a lot of attention to.

In our early references, myself and Keith Thompson – who designed the Cenobites – [both] pulled references from a computer game designer called Martin Emborg, who did this really beautiful work. Because both of us referenced Martin over in Europe, David said “would Martin be the guy to design the box?”. So we pulled in Martin. There are a lot of creative minds behind all these different aspects. David and Martin really went on their own journey to design that box while honoring the original look.

I think they took it a little further in regards to the practical effects, and in terms of staying away from the uncanny valley to make it as realistic as possible. With that, obviously, the effects coordinator Jacob Eaton took it to the next level and animated it all. So that was a big deal; to stay truthful.

In regards to the production design, there were definitely things that David wanted to honor in regards to Leviathan and the Cenobite world with its archways and the texture of the stone walls, for example. For the dimensional doorways opening to the Cenobites, that was key for him. That goes into the lighting design, with the cinematographer staying truthful to the blue-ish light we saw in the original one.

A lot of that became themes as we constructed the world, instead of saying “oh look, there’s that archway again.” When we location scouted in Serbia, we realized that Belgrade is full of architectural details that are very Cenobite. That was really fun, and it kept the idea very simple. A rounded archway was an inspiration, and every location became very interesting and compelling, because we could either add those or alter existing ones. We had a miniature company take over the building of the labyrinth, and a lot of the references we shared with that company were exactly from the original idea of how the labyrinth looks. That was very important to David.

In the transition from early planning to visualizing to actually seeing those locations and designs in the flesh, what was the most impressive thing to see come to fruition?

Kathrin: That’s a good question. It comes with a lot of sweat and pain, so the rewarding thing is always seeing a finished set. Early on in our filming process, we filmed the opening scene of the Voight mansion with the party that our young man walks through. The before and after of that location is really a transformation that I’m very proud of; and our team too. That was something that took a lot of location scouting, a lot of planning, and then very little time to make it a reality.

Filming in Serbia, we also realized that a lot of productions had bottlenecked through the pandemic. We were one of many productions, which cost labor shortages and all kinds of things. We weren’t able to import any high-end furniture from London or Paris, or wherever we planned to shop. So we ended up designing most of the furniture, practical lights and side tables. We designed a lot; we built the bar, we built the bar stools. Seeing all of that come together, with set designers and choosing all the fabric and really believing and trusting that all of those factors will come together at the right time so that we can dress the set; that was quite beautiful and very rewarding.

I think the showroom as a set was probably one of the bigger sets I’ve designed, and we committed to a very stark color palette with lots of contrast. There was really a labor of love that unfolded over the course of five, six months. Going into that showroom and seeing it finished was something really nice. We filmed on it for almost three weeks. That was a really rewarding experience.

A consistent experience I hear about when interviewing creatives is the idea of the “happy accident,” where things come together in unexpected ways when having to work through or around obstacles. That must be a magic feeling when it works out in the end.

Kathrin: Yes, I agree completely. I think coincidence is something where the Movie God shows us the right direction. I always try to embrace that. It’s like, “oh, this just happened! But it’s really great; let’s run with it.” I think keeping an open mind and staying flexible makes the process so much more enjoyable, because we’re all humans in the end.

HELLRAISER is now streaming on Hulu. 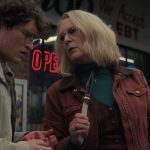