From “Star Trek” to “Pushing Daises”, to “Heroes” and “Hannibal” and his forthcoming feature directorial debut in the form of a new adaptation of Stephen King’s “Christine”, Bryan Fuller is undoubtedly one of most notable talents in the world of television. Ambitious and emotionally impactful storytelling is a key element of Fuller’s creative arsenal; but perhaps more than anything, it’s the inherent queerness infused in his projects that have gained him a passionate and dedicated audience across the years.

Fuller and a wide cast of subjects from film, television, critical and academic backgrounds delve into the intersection of queerness and horror in Shudder’s brand new four-part docuseries “Queer for Fear”, taking audiences on an eye-opening cinematic journey from to the earliest days of the genre to today’s ground-breaking creatives.

From its literary origins with queer authors Mary Shelley, Bram Stoker and Oscar Wilde to the pansy craze of the 1920s that influenced Universal Monsters and Hitchcock; from the “lavender scare” alien invasion films of the mid-20th century to the AIDS obsessed bloodletting of 80s vampire films; through genre-bending horrors from a new generation of queer creators; Queer for Fear re-examines genre stories through a queer lens, seeing them not as violent, murderous narratives, but as tales of survival that resonate thematically with queer audiences everywhere.

Ahead of its premiere on Shudder, we had the absolute pleasure of discussing “Queer for Fear” with Bryan Fuller, who executive produced and directed the docuseries.

When you’re putting together a documentary that covers over a century of history and media, it must be difficult picking the elements that best embody the subject. What was your process in choosing the essentials?

Bryan: It seemed clear to start with Gothic literature. There were so many authors that were queer in the Gothic literature space, like Horace Walpole, who we omitted to focus on Mary Shelley, Oscar Wilde and Bram Stoker. We felt like those were the three biggies: people know “Frankenstein”; they know “Dracula”; they know “The Picture of Dorian Gray”. And it felt like they were different expressions of horror and of queerness. That felt like a good pupu platter of horror authors from that era to represent.

There are a lot of things in there that we eliminated to keep the conversation flowing. I would love to go back and do expanded episodes on each of these subjects, because there’s so much to say. We couldn’t get everything in there all at once. I think what you see in the first couple of episodes is a foundational basis for you to look at horror in a different way from the creatives that were telling the stories, or the queer allies that were employing the queers to tell those stories.

When we get into episode three, we start looking at the thematics of certain horror movies that have queer narratives applied to them, whether it’s a werewolf story of transformation, or alien invasion stories of the person coming into your world who is not like the others. And then the fourth episode is a real celebration of the dangerous women of horror; from vampire lesbians, to lesbian ghosts, to the dangerous women of the ‘90s and Catherine Tramell’s icepick.

Those all felt like, “let’s put those tentpoles forward first in these four episodes”. Instead of telling an abbreviated complete story, we have these chapters that we can visit and say, this episode has a beginning, middle and end, and represents the ideas that we’re trying to convey to the audience. [It removes] the burden of covering everything in this season, because it’s impossible.

Naturally, your audience will have many people for whom these concepts are already familiar; and for them this will feel like a celebration rather than an education. But there will also be people whose eyes will be opened to new, unfamiliar media, and new perspectives on media they thought they already knew well. It’s so important to be open to viewing things through a different lens.

Bryan: It’s a forensic deconstruction of these narratives that have a different translation when you look at the specific kinds of queerness of the authors or the performers or directors. There’s something about that lens that says a monster is not just a monster; a monster is you and everybody else in some way. Discovering how you relate to the monster is revealing, and I think for a lot of queer people, it’s easy to relate to something that is othered.

It’s been incredibly interesting in recent years to watch people awaken to these ideas as they become more prominent in media. The casting of Jamie Clayton, a trans woman, as the antagonist in the new “Hellraiser” is a recent example that comes to mind. Queer people and themes and perspectives aren’t new, but the reactions you see online often highlight the place for documentaries like this. We don’t always look at things through other lenses unless they’re presented to us.

Bryan: Yeah. We look at it through our own lens, and until somebody puts a tint on it, we don’t often get the opportunity to change our perspectives. But putting that queer tint on a lot of these stories will allow people to leech out a greater understanding of the thematics at work, and find a greater relatability to the stories that are being told. It’s really just enhancing the storytelling in a way that I find delicious. In English class, when we’re breaking down a poem for the poet’s intent with the obfuscation of purple prose, what comes through the storytelling still leaves a mark. I love interpretation. I love the audience being able to project themselves onto a story that they aren’t necessarily being represented in. And there’s something exciting about that creative ‘extra’ that we get with these types of stories.

A major idea you touch upon in the film is the cyclical nature of queerness in the mainstream – an ebb and flow of representation. It certainly feels right now like there are wonderful opportunities for a lot of these perspectives and projects, but simultaneously, there’s a lot of cultural backlash in return. How do you see that reflected in media right now?

Bryan: It’s interesting when you look at the response to queerness through history and how it changes depending on what’s happening in a broader social context. There have been times in history when young men in boarding schools were encouraged to suck each other’s dicks to avoid unwanted pregnancies. They knew they were going to get off one way or another; so they [thought] why not help each other out, [avoid getting] a girl pregnant, and adjust the course of your life as a recognised and approved way of dealing with hormones in confined settings.

If you mentioned something like that in a modern setting, people would freak out, because we ebb and flow with acceptance and tolerance. I think what we’ve learned, particularly in America with the MAGA craze, [is that] there’s a large portion of the country – close to half – that just simply do not want to make room for anybody that doesn’t look or act or talk like them. It’s such a dull way to look at the world. But it’s a small world in their minds, and they want to keep it small. I think for queers, we’ve always had a broader defintion of just about everything, including ourselves.

There’s such a mental obstacle in a lot of that perspective, where people are terrified of allowing others to be themselves because they think it means they will also have to fundamentally change who they are. You can just be an observer of people different to you! The outsiders are already used to doing that.

Bryan: Yeah, I’ve had straight friends look at episodes and say, “you know, not everything is queer.” It’s an interesting sort of thing for them to say to me, having just shown them the documentary as their friend. Even in allies there are barriers when you start to talk about something they might have loved having a quality of queerness to it. That’s very confrontational for them in some ways. So I’m curious about the response for a lot of people who see this documentary and might be upset or triggered in some way that the thing they love is foundationally queer.

For some people, that seems to equate to: “this thing is now ruined,” as if you’ve pulled off a veil that can’t be put back on. And that’s such a shame.

Bryan: Yeah, it is. And it’s ruined for them. I think that people [for whom] it would ruin horror have a tenuous relationship to that thing they loved, anyway. It’s interesting. I’m looking forward to the people that get really angry about this.

You’ve been involved in so many projects over the years, especially in the television space, and you’ve [parted ways with] quite a few of them. The impression I get is that you’re somebody who hates to compromise on your vision, and is willing to walk away if that vision is clashing with commercial concerns. How do you view that relationship?

Bryan: I think the clashes have been less about commercial versus artistic, and more often about how to execute things in a way that is going to maintain a sense of quality. I’m very prideful; I take great care in putting shows together.

Honestly, it’s not always been my decision to leave a show. Sometimes I’m asked to leave because parameters are not being met. Oftentimes, those parameters are unrealistic. After I’m gone, the parameters change, because they realise that I wasn’t just blowing smoke up their ass about how something can’t be done a certain way. I think every show that I’ve left has gone wildly over budget after I’ve left…but also, the ones I’ve stayed on have gone over budget. [laughs]

It’s hard to say what it is. As an artist, I just want to tell stories that are relatable. And I think that goal is shared by a lot of folks, but how you achieve that goal is often at odds.

The first episode of Queer for Fear is now available exclusively on Shudder. 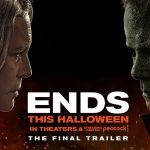 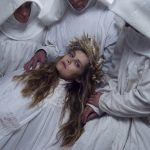