Okay, it’s out there…

When he says he’s back, what’s that involve?

According to tipster Grace Randolph, not much – yet. The Witcher star hasn’t signed a new deal, he’s only thus far agreed to make cameos in Black Adam and the forthcoming The Flash. This post though, suggests, he’s open to more – and maybe wants Warner Bros to see the lauded response to it to increase his bargaining power at looming meetings. 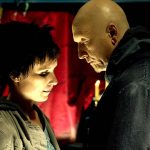