At the TIFF premiere of “X” prequel “Pearl” tonight, Director Ti West informed attendees that star Mia Goth will return for a third installment of the hit cult favorite franchise. A new teaser for the pic, “MaXXXIne”, from A24, has been released.

Meanwhile.. Lionsgate has tapped Renny Harlin, who cut his horror teeth on the fourth “Nightmare on Elm Street” film back in 1987, to direct a remake of (the 2008 film!) “The Strangers”.

Madelaine Petsch (”Riverdale”), Froy Gutierrez (”Cruel Summer”) and Gabriel Basso (”Hillbilly Elegy”) are set as leads in the film, said to be the first of a new trilogy. Harlin will also direct this film’s sequel.

Per Deadline, who have the scoop, “Strangers film will follow Petsch’s character as she drives cross-country with her longtime boyfriend (Gutierrez) to begin a new life in the Pacific Northwest. When their car breaks down in Venus, Oregon, they’re forced to spend the night in a secluded Airbnb, where they are terrorized from dusk till dawn by three masked strangers”

Alan R. Cohen and Alan Freedland wrote the script for the pic.

Harlin’s other credits include “Die Hard 2”, “The Long Kiss Goodnight”, “Cutthroat Island” and “Cliffhanger”. He’s jazzed to return to the horror genre, telling the trade : “My mother instilled the love of movies in me through the world of Hitchcock and other masters of suspense and horror. My breakthrough to Hollywood happened with the success of A Nightmare on Elm Street 4,” noted Renny Harlin. “It is only fitting that I get to return to my favorite genre with the incredibly well written trilogy of The Strangers. The characters and the storyline are all grounded in reality and offer me an endless tapestry of haunting visuals in bringing these movies alive. 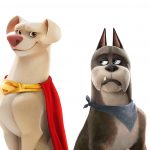 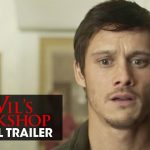