Lionsgate has released the trailer for Devil’s Workshop, starring Emile Hirsch, Radha Mitchell and Timothy Granaderos, releasing in theaters September 30. The film will also be available on Blu-ray and DVD November 8.

In this chilling psychological thriller featuring Emile Hirsch (Into the Wild), struggling actor Clayton (Timothy Granaderos, “13 Reasons Why”) is desperate for a role as a demonologist. He contacts Eliza (Radha Mitchell, Man on Fire), an expert in devil lore, to help him prepare and spends the weekend at her home. Eliza forces Clayton to confront his troubling past, perform dark rituals, and sacrifice a goat. Does she want to help Clayton, seduce him—or destroy him? The shocking climax will set your soul ablaze. 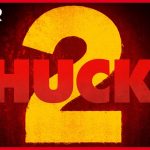