A first-look trailer at new western actioner SHOWDOWN IN YESTERYEAR, directed by Aaron Bractcher and written by Greg Lamberson with a story by Tim O’Hearn, has been released.

Daryl Dumwoody is a down on his luck wannabe cowboy. He stumbles upon a mysterious old door, upon entering he sends himself to the old west. There Daryl finds himself on an adventure of a lifetime, where he fights outlaws, finds love, and his life purpose. 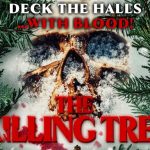 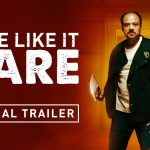