News hit this week that Warner chief David Zaslav had opted to bury “Batgirl”, which was in post, rather than release and, consequently, spend money on marketing it. The abandoned film features the return of Michael Keaton’s Batman- from the 1989 and 1992 films – a role he also reprised for 2023’s “The Flash” movie.

With “The Flash” – despite star Ezra Miller transforming into a human thunderbolt of controversy in recent times, scoring great scores on the test screening circuit – it would’ve been unlikely if Zaslav had opted to bury the $200 million dollar film (like “Batgirl”).

During today’s Q2 investor call Q&A, the head man at Warner Bros. Discovery said “The Flash” is definitely still on track to release next year – suggesting they might even be making some improvements to it over the coming months.

“We have seen The Flash, Black Adam and Shazam 2,” said Zaslav, “We are very excited about them. We’ve seen them. We think they are terrific, and we think we can make them even better.”

Zaslav didn’t comment directly on whether those films’ release dates would be pushed back, as rumoured in recent days. 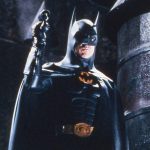 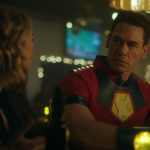