Siblings Daphne (Libby Ewing) and Wilson (Ewan Dumouchel) are each struggling in their own ways. They appear to both live in squalor and there are hints that both also struggle with drugs. They provide support for each other in the face of unspeakable entities and shadows that have haunted their lives, while Daphne and Wilson within their own sibling relationship are appearing to keep secrets from one another. “When I Consume You” opens up Daphne and Wilson’s closets and asks you to start searching for the skeletons.

Skeletons range from crime, drugs, family and abuse. The phrase, “the universe is random and cruel,” is a perfect descriptor for Daphne and Wilson’s struggles, but Daphne isn’t so sure. While my overall experience with the film was positive, something kind of nagged at me. I watched “When I Consume You” at Panic Fest, but it didn’t necessarily stick out to me as much as other films. It may or may not be the reason I find myself on the fence. For perspective, I watched around two dozen and a half films as a part of Panic Fest. When you push yourself through a proverbial gauntlet of horror, films have to be unique to stick out. Either that or my mind isn’t what it used to be. So while “When I Consume You” is slightly unique and visually haunting, it almost gets a bit lost in itself.

There are all these interesting set pieces, sometimes taking place in the past, while others may just be a figment of imagination. Trying to figure that out is sometimes amusing since the film provides a lot of visuals for the audience to munch on. Regardless of the context, what is revealed inside sometimes feels demonic, Satanic, cryptic, or as if someone or something is pulling the strings of misery. Other times, the revelations are all too real, at least for those who’ve dealt with trauma and the lacking support structure that sometimes accompanies that.

“When I Consume You” is a puzzle, forcing audiences to put it together as the film goes along. That may sell or kill whoever watches it while someone like me just may end up indifferent, constantly thinking about negatives for every positive thought I had about the film. The acting is spot-on, yet the actors sometimes seem like they have nothing to work with in terms of clues towards the ultimate answer. Hopefully you find that answer when you turn this movie on. 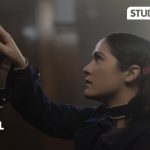 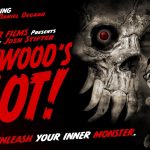