Matilda Lutz (Revenge) will star in the long-gestating film reboot of Red Sonja for Millennium Films.

Bassett spoke about the pic today, as it heads towards the starting line and why he found the perfect Sonja in Lutz.

“I’ve wanted to make a Red Sonja movie since I was a teenager – she has been a powerful presence for me and a character that I have always wanted to bring to the screen with my own voice and vision. When I met Matilda Lutz, I knew she had all the magic I was looking for and could see the complexity and depth she would bring to Sonja,” stated M.J. Bassett.

“This has been a long journey from script to screen and we are excited to go into production after assembling the best creative team, an amazing band of up and coming talent and a fun and fantastical world fueled by the Red Sonja IP. M.J. is an amazing filmmaker with fantastic vision and Matilda was absolutely brilliant in Revenge that we knew she was right for this role the moment we saw her – making them the perfect duo for Red Sonja,” said Millennium Media’s President, Jeffrey Greenstein.

“I’ve been working with the Millennium production team on adapting this extraordinary graphic novel since Luke Lieberman brought it to us seven years ago. M.J. is a fantastic filmmaker who truly understands the power of this story that will ignite audiences everywhere. In the realm of fantasy and graphic novels, there is no greater, more empowered female character who has stood the test of time. Courtney Solomon and I are privileged to be a part of this fabulous producing team,” Producer Mark Canton stated. 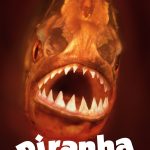