Jordan Peele has hinted that a sequel, prequel, or spin-off of his recent sci-fi flick Nope might be in the works.

A character named ‘Nobody’ (played by actor Michael Busch) featured throughout the film’s marketing but strangely enough, didn’t appear in the final film.

Peele tells The New York Times that something might be cooking with the character.

“People are doing a lot of interesting detective work, is what’s going on… The story of that character has yet to be told, I can tell you that. Which is another frustrating way of saying, I’m glad people are paying attention. I do think they will get more answers on some of these things in the future. We’re not over telling all of these stories.”

Journo Kyle Buchanan hit Twitter to reveal who he believes the character is:

The Michael Busch “Nobody” character was a pretty major deleted subplot — he was a whole POV character. Obsessed with “Gordy’s Home” (and the actress on it) and heads to a taping with his gun. And then, stumbling upon the scene, ends up shooting the chimp 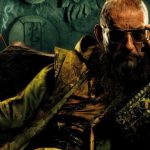 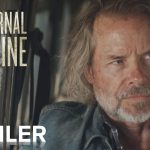