Mary Elizabeth Winstead and Xochitl Gomez are set for sci-fi thriller Ursa Major, directed by Jonathan and Josh Banker and scripted by Patrick Somerville and Colleen O’Brien and Katie French.

Pic is set on an earth-like planet, where a mother (Winstead, Kate) and daughter (Gomez, Doctor Strange in the Multiverse of Madness) fight for survival while hiding from a group of relentless hunters. With the added threat of an imminent and deadly storm, Natalie – now a teenager – begins questioning her mother, Charlie, about who they really are, how they got here, and what they need to do to survive.

Winstead will play ‘Charlie,’ a ruthless survivalist who is determined to keep herself and her daughter safe, no matter the cost. Gomez will play ‘Natalie,’ a rule follower whose loyalty and admiration for her mother are tested when she starts to question their isolated way of life. 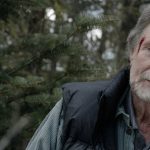 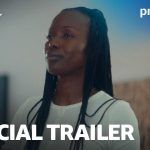