Ben Kingsley will reprise his role as ‘Trevor Slattery’ – the character he played in Shang-Chi and Iron Man 3 – for Marvel’s Wonder Man series.

Variety had the scoop :

It will focus on the Marvel character Simon Williams, a.k.a. Wonder Man. In the comics, Williams is the son of a wealthy industrialist whose company falls on hard times due to competition from Tony Stark’s Stark Industries. Williams then accepts an offer from villain Baron Zemo that gives him ionic superpowers including super strength and durability. After fighting the Avengers several times, Wonder Man ultimately joined their ranks.

Kingsley returning as Slattery lends credence to reports that the show is intended to be a Hollywood satire, as it has been established that Slattery is a failed actor and Wonder Man has been an actor and a stuntman in the comics. Exactly how Kingsley would factor into the plot of the series and how many episodes he would appear in is being kept under wraps, but sources say he will play a major role.

Wonder Man will reunite Kingsley with Destin Daniel Cretton, who directed and co-wrote Shang-Chi and will serve as an executive producer and co-creator on the Wonder Man series. 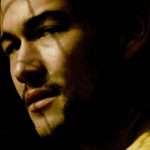 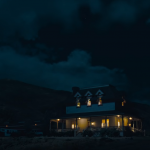