HBO Max’s revival of “Pretty Little Liars” in upon us, with the first three episodes already available for your viewing pleasure. Like the recent “Gossip Girl” reboot also at HBO, “Pretty Little Liars: Original Sin” brings the franchise into the streaming era for a new generation.

“In this haunting coming-of-age drama set in the Pretty Little Liars universe, a new group of disparate teens finds themselves tormented by the mysterious ‘A.'”

Anka Malatynska, whose work as a director of photography includes Amazon’s recent “I Know What You Did Last Summer” series, “Monsterland” at Hulu and actor Steve Buscemi’s upcoming directorial work “The Listener”, is at the forefront of the PLL revival’s visual direction.

We had the pleasure of speaking to Anka about finding a unique visual language for Original Sin, branching out of genre work and more.

I understand you’re busy shooting something in Hawaii at the moment?

Anka: Yes, I am. I’m shooting in Hawaii for the next nine months.

Oh! Something big and top-secret?

Anka: It’s kind of top secret! But I can tell you my secret: I’m shooting “NCIS: Hawaii” season two. My family live here, and a friend of mine was doing this show last year. She told me she wasn’t coming back, and I jumped on the opportunity to be at home and working on something that’s not shooting nights.

That sounds like a nice change, and a very nice place to be shooting.

Anka: It is a nice change. And it’s a lot of action, car chases, and I think in another episode, I have a scene on a Cessna that crashed into the ocean. Fun stuff! Fun, complicated stuff that has to be executed on a television schedule.

Is that something you’ve done a lot of?

Anka: It’s funny, because I keep getting scripts where I read the openers and I’m like, “this is like a horror script!”. I’ve done a lot of horror and a lot of horror-based action – slasher chase sequences and things like that. But no, my first episode was like, “Fast & Furious” kind of car chases. I haven’t done too much of that, so it’s fun to be doing something very different, to go from living pretty much like Horror Nights for months and months.

“NCIS: Hawaii” is all about seeing Hawaii and presenting Hawaii in that aspirational, sunny, want-to-live-there kind of way, so everything takes place during the day. I’ve been talking to a publisher in England about writing a cinematography instructional book, and I’m like, “this is the next chapter!”. After getting really good at nights, it’s all about chasing daylight and what chasing daylight means.

A lot of people I speak to end up getting into niches like that, which can be fine – but working in diverse situations and different kinds of projects can only benefit you, I suppose.

Anka: I finished “Pretty Little Liars”, and then I immediately did two episodes of another TV show that was more like a thriller, but a period piece psychological kind of thriller. Not at all young adult horror. I did two series that are young adult horror back-to-back, and I loved everybody that I worked with, and I loved what I worked on, but I don’t want to be pigeon-holed into a genre.

I couldn’t be the primary DP on that series that I did in Atlanta because of my schedule, but I said I’d come in and shoot a couple of episodes just to hit that hard left and shoot a period piece right after PLL. And then the opportunity with “NCIS” arose!

I feel like I’m learning a whole new skill set – shooting in helicopters, shooting in the middle of the ocean, shooting surfing, shooting underwater, shooting a wreck, shooting an explosion, car chases; “Pretty Little Liars” did not have a lot of car chases [laughs].

I’m very curious to see the direction it takes. I’m not intimately familiar with the original series of “Pretty Little Liars”, but my girlfriend absolutely adored it back in the day. It’s always fascinating seeing how much the space of time can influence a reboot. Is there a particular through-line on the visual direction of Original Sin?

Anka: For the third episode, after they shot their first block, when I saw the dailies stills, I thought it was dark but beautiful. Not dark as in, “I’m gonna turn out the lights and you’ll have to feel it”, and all you see is black mush – just really beautifully dark and on the very toe end of the photographic spectrum. I was like, “wow – this is really unique”. This is really different from anything that I’ve seen.

I think the final iteration of the show is a little brighter than we all originally intended. It’s not a surprise to me – I feel like with every horror show that I’ve done, there’s this sense of “we want it dark, but let’s make it a little bit bright, but a little bit darker, but a little bit brighter!”. When I watched “I Know What You Did Last Summer” finally on Amazon on my TV, I was like, “why was I even there for color correction?” [laughs]. You cranked it way up. But I think “Pretty Little Liars” has retained a lot of that elegance.

I’m incredibly excited about the show. I was not a diehard fan of the original by any means. Visually, it doesn’t look like anything special – it just looks like a TV show. Whereas this new “Pretty Little Liars”, I think, has a beautiful world that’s so full of texture. “Umbrella Academy” has its own world that it resides in, and our “Pretty Little Liars” on HBO Max has its own world that is as magical as it is scary.

It has that creepy horror fairy-tale horror vibe, where the town of Millwood is falling apart. The production design really leaned into a very cluttered world, with paint chipping, old cars, old buses – yet all of our characters have brand new cell phones and laptops and a great wardrobe. We called it the non-descript vintage time period of our Millwood, Pennsylvania that was actually shot up in the Catskills in New York.

I admire your frankness on that. In the age of streaming television, there’s a great capacity for shows to be very visually impressive; but there’s a difference between visually impressive and visually memorable. From the perspective of the audience, there often seems to be a house style imposed on shows by a lot of larger studios, and it looks fine, but I’d rather watch things with a distinct visual language.

Anka: That really comes from the entirety of the team and the vision of the showrunners and directors. The whole time, we were asking ourselves where we can put the camera in interesting places, or what we can do to drive the story visually. What kind of interesting angles can we get?

And we did. I feel like we leaned into a very modern, interesting look. We used a lot of wide-angle lenses. We use a lot of wide and close perspective, that almost Archie comic-book world look. I remember our pilot director was always reminding me that Roberto (Aguirre-Sacasa) is the Archie comic guy – things are in the body language.

It’s horror, but things are in the body language – it’s a world of medium shots or low angles, or a 24mm close-up. I feel like it’s subtle when I watch the end product, the experience of us leaning into those wider-angle lenses. But there’s a Terry Gilliam-esque thing about it – it doesn’t just feel like we shot coverage because we need to see faces talking.

I think that’s also part of HBO Max. They care about what their shows look like; they care that there’s a visual language to them. We were really allowed to push that element, so I feel that I got to do some of my most beautiful work on that show.

There’s always a sense of nervousness when a film or series gets a reboot or a sequel, because the network or studio it’s with can really set expectations right off the bat. It’s great to hear you’ve been given freer rein with production design and other creative aspects.

Anka: It definitely leans a little bit more into the gory horror at moments. Really, the whole series leans into some very real issues. One of the underpinning stories is about sexual assault; of these five girls, two of them are dealing with it throughout the whole season.

I think it’s a very multi-layered, beautiful, very uniquely shot and captured and framed show. It’s just as entertaining as it is deep. It’s light-hearted enough to be able to watch all the dark stuff. It pokes fun at its own horror references and its own campiness enough. I really enjoyed watching all the episodes back – it’s a pleasure. I hope it’s well received and that people love it. I think it’s a great horror show. 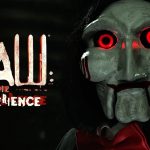 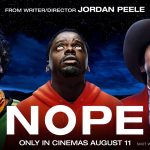