Of the many iconic Stephen King adaptations to grace screens big and small over the decades, few have haunted the collective consciousness as much as the 1990 miniseries “IT”.

Starring Tim Curry in his legendary performance as the creature in its Pennywise the Clown form, the miniseries from “Halloween III: Season of the Witch” director Tommy Lee Wallace continues to haunt children both young and grown far beyond its original run. 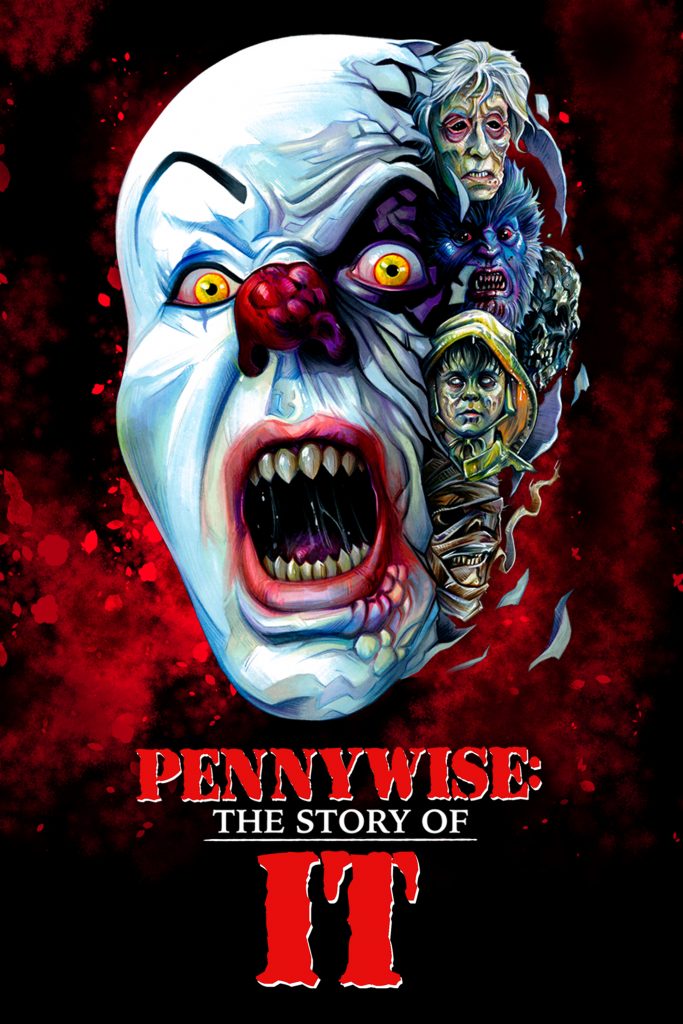 We had the pleasure of speaking to John Campopiano and Chris Griffiths, co-directors of the new retrospective documentary “Pennywise: The Story of It”. With brand new interviews with cast and crew and a brilliant archive of behind-the-scenes footage and images, the documentary traces the miniseries from its earliest conception to its continuing presence in pop culture.

What are your personal histories with “It” (both the novel and 1990 miniseries) and the work of Stephen King in general?

John: As an only child, much of my horror film diet came from the older siblings for friends in my neighborhood. With “It”, one of the brothers rented it and brought it home for all of us to watch. I was terrified (and too young) and barely made it past the scene with Pennywise and Georgie. It left a huge impression on me, and as I got older I became fascinated with revisiting horror films that terrified me as a kid. I began to crave that rush of being scared. A few years later I would read the novel as well as others like “Pet Sematary”, and being a kid in New England those initial books and films set me on a path to the rest of Stephen King’s work.

Chris: I was a bit of a late-comer to the miniseries, but it’s hard to forget the conversations I would overhear on the dinner table at lunch time in my primary school about what was called by my peers, “It the Clown” and how terrifying it was. I possibly might’ve lied in saying, “Yeah, I’ve seen that film!”, which was complete bullshit at the time – but I had a reputation to uphold as being the weird horror guy on the block who had seen all the banned films…which too was fabricated(!)

I think I eventually saw it at the tail end of the VHS era, and admittedly didn’t quite experience what my friends had at five years old. However, my appreciation of it has certainly grown during the course of this project. Admittedly, I’ve only read the books of King’s that have been adapted for the screen and that is always after seeing those incarnations, so it’s somewhat tough to detach the imagery you have witnessed onscreen. But the guy sure knows how to dig deep into the human psyche.

Although some key names involved in the production of 1990’s “It” express regrets in regards to creative decisions made during its production, almost everybody in “Pennywise” seems to view it fondly in retrospect. Did you have any instances of people turning down the opportunity to appear in your documentary because they felt otherwise about their experience?

John: There were a couple of people who declined to participate in the documentary for various reasons, but all of us who work on these types of projects are used to being in that situation. Sometimes people no longer want to be on camera or maybe the filming experience on that project wasn’t a positive one for them. But, ultimately, it’s their right to not get involved, and even though it’s disappointing for us as filmmakers, we have to respect that. For me, I’m disappointed that we couldn’t get Annette O’Toole for the documentary – we certainly tried.

Chris: Like all projects, our crew including producers Gary Smart, Mike Perez and John work tirelessly to find everyone they can and across all projects thus far there is always one or two people who we are never able to bring round to getting involved with the project for a variety of reasons. I do think we lucked out big time on this particular project, and if there was an alternate reality, it would have been great to have had all of the members of the Losers Club and their respective counterparts as it is such a unique instance where each age group is as integral as the other and just to be able to hear firsthand how they were able to achieve the collective veracity to their characters would’ve been amazing.

Unfortunately, there are the obvious absentees and a handful who were unable to join in, but I will say that as great as it is having the leads feature in these projects. Sometimes it’s those who might have played a smaller part in the production who have the richer stories to tell.

What are your thoughts on the way in which King adaptions which stray from the source material often seem to develop their own dedicated followings almost separate from the original text, e.g. “It”, “Maximum Overdrive”, Kubrick’s “The Shining”?

John: King’s works are so rich and dense, so it’s no surprise to me that adaptations of his work take on a life of their own. King has generally been very supportive of new and alternate interpretations of his work, which I think has contributed to the existence of so many made – whether as short films, TV shows and miniseries, or feature films.

Chris: I think it’s a testament to King’s work that it offers room for interpretation much like Shakespeare can be adapted for newer generations; sometimes for the best, and sometimes not so much. I must confess that I am a huge fan of Kubrick’s “The Shining” and actually prefer it to the novel, as it takes a far more grounded psychological approach to the source material and is one of those rare horror films which becomes more effective with each viewing.

Many TV movies and miniseries are forgotten to time, unlike “It”. Are there any examples of obscure TV media that either or both of you are fans of and think should get more attention?

Chris: I suppose from that particular era, although I know it is much beloved by many, I feel that “Eerie Indiana” has become somewhat lost in time. For me, it was the child-friendly “Twin Peaks” or “X-Files” of its day.

You have another retrospective documentary in the works, this time about “RoboCop”. Is there a particular film or other work that you’re hoping to cover next?

John: For the last four years I’ve been working with a team here in the USA on a new documentary series, “Making the Monster”, which is taking a fresh look at the 1974 production of “Jaws” on Martha’s Vineyard. Momentum has really picked up on this project over the last several months, so we’re hoping to have something to share soon.

I’m also in pre-production on a new short documentary that will serve as a kind-of follow up to my latest short documentary, “Snapper: The Man-Eating Turtle Movie That Never Got Made”. Researching and telling the stories of unmade or unfinished films has become a passion of mine.

Chris: We do indeed have a four-hour documentary on the first “RoboCop” film due very soon, and “Hollywood Dreams and Nightmares”, documenting Robert Englund’s career – which too is close to the finish line.

There are definitely a few films I can think of that I’d love to look in to, but don’t want to jinx any potential opportunities down the line! I will say, I feel like the window of retrospectives of popular IPs is gradually becoming smaller given that the majority of notable horror franchises have been elaborately documented now.

If I had a direction I would like to head towards, it would be in the world of unmade movies (I.e. Jodorowsky’s Dune), troubled productions / box office duds (Lost Souls) or even look at the career of a beloved cult director. Again, I do have some ideas but will have to keep them hidden for now!

“Pennywise: The Story of IT” is now available for streaming on SCREAMBOX and digital rental / purchase on most major platforms. 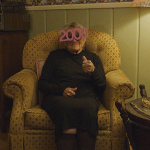 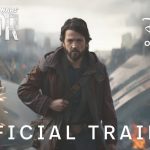