Warner Bros are said to be very keen on having Henry Cavill reprise his Superman. Cavill has confirmed his interest.

This was based on a report I read around Comic-Con time. This is not new “news” I was breaking, fyi. I believe I said as much during the Space, and then Umberto pushed back & said he is interested, but it’s all about the story

A first look pic of Charlie Cox’s Daredevil as he appears in the upcoming “She-Hulk” is doing the rounds.

First look at Charlie Cox as Matt
Murdock/Daredevil in #SheHulk in his new MCU suit! pic.twitter.com/DUiy2H0YNC

Ezra Miller has been charged with felony burglary in Stamford, Vermont. [More…]

Zazie Beetz is in talks to reprise her role as Sophie Dumond in “Joker: Folie à Deux” with Joaquin Phoenix and Lady Gaga. Hitting theaters October 4, 2024, the Todd Phillips directed sequel will pick up the adventures of Phoenix’s clown prince of crime. [More…]

Vincent D’Onofrio is filming scenes for Marvel’s “Echo” series as Kingpin – and he’s much bigger than we saw him in “Hawkeye”.

Vincent D’Onofrio is back as Kingpin for Marvel’s Echohttps://t.co/BSRNSgQuA9

Meanwhile, Anthony Ramos has been revealed as playing ‘The Hood’ in fellow Marvel series “Ironheart”.

BREAKING: First look at Anthony Ramos as The Hood in #Ironheart ! pic.twitter.com/1zsfhTF0zO

Okay, so the car did fell into the water as it shown that Dakota and Adam Scott looked wet in previous photos.
–
–
–#madameweb #DakotaJohnson #sonyspiderverse #sony #marvelcomics #marvel #MCU #AdamScott pic.twitter.com/aod6i4y3XL 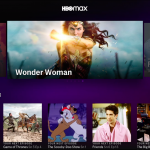 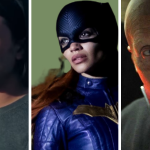