Warner Bros confirmed today they don’t plan on releasing “Batgirl”, the feature adaptation of the DC Title starring Leslie Grace, Michael Keaton, J.K Simmons, and Brendan Fraser. Per the trades, the title no longer passed the grade with new studio boss David Zaslav, who’d prefer to bury the movie – which is in post! – rather than release it on HBO Max as planned. According to this report, it’s much more economical for WB to write the film off on tax than it would be to release it at all.

What did audiences miss out on? Per test screenings, something rather fun by the sounds. Not only did the film feature Michael Keaton in no less than 5 scenes as Batman, reprising a role he performs in next year’s “The Flash”, but the film features comeback king Brendan Fraser as the villain Firefly.

OK well no point holding info anymore: Michael Keaton only had 5 scenes in BATGIRL. He didn’t train Barbara, she just dressed up as Batman for a Halloween party, stopped some terrorists, and tweaked the costume to be a superhero.

He meets Barbara twice in costume, first on the street telling her not to do this, then in one of those big Tim Burton-y towers where he helps her with something she needs. The last scene of the movie was them teaming up and diving off a gargoyle to fly around Gotham.

Killer Moth was a terrorist trying to kill Bruce Wayne – Firefly kills him soon after. No Stallone.

The cowl of Barbara’s improved suit that she uses for most of the movie is made from Catwoman’s.

I’m sure this will be very surprising news but JK Simmons was apparently also excellent as Gordon.

Everyone really liked Brendan Fraser as Firefly. His backstory: he was a slower goon for a Gotham mob boss that went straight to support his son’s political aspirations. So Firefly got a normal job to try and pay for his sick wife’s healthcare.

Firefly gets fired from his job and his health insurance is canceled, so he desperately turns back to crime in order to help his wife.

Question remains : What will Warner can next? have the filmmakers of such upcoming HBO Max fare like “Blue Beetle”, “Lethal Weapon 5”, “Evil Dead Rise”, and “Krypto”, already been notified that their movies will no longer be happening!? 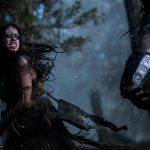 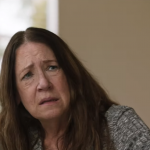