Physical releases of film scores have become increasingly more popular in the past decade, with premium vinyl and CD printings of soundtracks old and new being offered from major names like Mondo and Waxwork Records.

Another name worth keeping an eye on is Howlin’ Wolf Records, a U.S. label specializing in CD-format releases for the collector market. Howlin’ Wolf have previously released soundtracks for films including Jamie Blanks’ “Storm Warning” and classics like Richard Einhorn’s “Shock Waves” and Perry Botkin’s “Silent Night, Deadly Night”.

Their latest release is Andrew Scott Bell’s original soundtrack to “Psycho Storm Chaser”, a 2021 thriller from director Buz Wallick. The film follows Dr. Carl Highstrom, an illusive serial killer who uses the cover of high-risk weather events to seek out his victims. A nurse must battle the threat of a major hurricane and the psychotic doctor’s rampage while caring for her latest patient.

Bell has previously composed music for a wide variety of film and television projects, including NBC’s “Home Sweet Home” created by Ava DuVernay, Fangoria’s 2022 Chainsaw Awards and the upcoming Winnie the Pooh: Blood and Honey – for which Bell embarked on an unbelievable musical project combining violin and bees.

Notes on the album reveal that the direction of Bell’s score was partly inspired by thriller films of the 90s like “Twister” and “Jurassic Park”, and this influence is much to the score’s benefit. Deep, throaty cello notes form a memorable motif immediately on the record’s first track, “Who’s There?”; a motif that returns throughout the soundtrack in both subtle and more grandiose forms.

There’s a diverse range of emotional dynamics and instrumentation across the album’s 37 tracks (28 of which comprise the original score, and 9 bonus tracks exclusive to the CD release) demonstrating Bell’s intuitive sense of a film’s emotional peaks and valleys, rather than a relentless but tepid sonic onslaught.

The fourth track, “Morning on the Brody Peninsula”, pulls back from the menacing strings for a more hopeful and bright acoustic guitar composition that perfectly embodies its title. It’s moments like this, along with the triumphant melodies of seventh track “Preparing the House / Missing Person Case” which truly feed into the lighter but no less impactful elements of what Bell and Wallick describe as the “adventure slasher” sound.

“No Screaming Until the End”, the album’s 13th track, is a terrific demonstration of the cello performances by soloist Kimberley Kistler, who turns the typically beautiful instrument into an almost Eldritch voice. It’s a voice that’s present throughout the score at its darkest and most menacing moments, and adds full-throated dimensions of dread amongst Bell’s multi-layered compositions. Overall, it’s an excellent horror score in the spirit of an era that isn’t entirely gone but certainly in need of revival.

Where this release truly sings is the CD exclusive tracks. Rather than simply padding out the track listing with scraps from the cutting room floor with no further comment, Andrew Scott Bell himself introduces a selection of unused tracks, providing context for their (former) placement in the film’s narrative as well as why they ultimately didn’t make the cut.

Furthermore, Bell provides voice memos recorded during the score’s production, which served as notes on possible melodies or time signatures, etc. Each of these rough voice recordings fade into the final recorded result, and it’s fascinating to hear the journey from a cappella seed to fully orchestrated performance. It’s the kind of insight not traditionally provided on a soundtrack release, and these recordings are both informative and admirably vulnerable glimpses into Bell’s creative process.

The special edition CD release of “Psycho Storm Chaser” is available for pre-order over at Howlin’ Wolf Records. 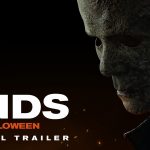 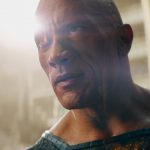