As we know, Sony are developing spin-offs to films set within their universe of “Spider-Man” movies.

They’ve given us “Venom”. They blessed *snortle* us with “Morbius”.

Next, they’re giving us “Madame Web”,.based on the comic created by writer Denny O’Neil and artist John Romita Jr. Madame Web first surfaced as Cassandra Webb, an older woman with myasthenia gravis, connected to a life support system resembling a spiderweb.Later, she’d pass on her powers to Julia Carpenter. The character’s most known incarnation is that of the former, a paralyzed, blind, telepathic, clairvoyant, and precognitive mutant.

While none of the standalone films so far have featured any sort of major appearance from Spider-Man – be it the most recent player, Tom Holland, or Tobey Maguire and Andrew Garfield’s versions (all of whom appeared in last year’s “Spider-Man : No Way Home”) – there’s a fair chance we’ll see a web-slinger down the line in one of these spin-offs.

If not the next “Venom” film – which Andrew Garfield is rumored to be reprising his version of PP in – then maybe “Madame Web”?

One eagle-eyed twitterer has noticed a set photo from the Dakota Johnson-starring “Madame Web” possibly references a memorable moment from one of Tobey Maguire’s “Spider-Man” movies. And considering this new film is set in the 2000s, when this event took place within the Spidey film, they’re assuming Maguire is this film’s Peter Parker.

Again, no word if Maguire will appear in the film but if there’s a Spider-Man referenced in the movie, it’s likely his.

And this movie is set in 2000s too 😳 pic.twitter.com/epS3FLjVYM 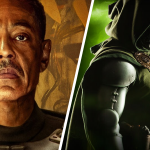 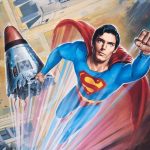