Zach Galligan, who starred as the hero “Billy Peltzer” in the Gremlins films, will have a recurring guest role on Gremlins: Secrets of the Mogwai. Galligan announced his return to the franchise during a surprise appearance at the San Diego Comic-Con panel, “The Origin Story You’ve Been Waiting For… Gremlins: Secrets of the Mogwai.” The series will debut on HBO Max next year and later on Cartoon Network.

Greeting Con attendees from afar, Park sent a special video message expressing his excitement for being involved in the series:

In Gremlins: Secrets of the Mogwai, we travel back to 1920s Shanghai to reveal the story of how 10-year-old Sam Wing (future shop owner Mr. Wing in the 1984 movie) met the young Mogwai called Gizmo. Along with a teenage street thief named Elle, Sam and Gizmo take a journey through the Chinese countryside, encountering, and sometimes battling, colorful monsters and spirits from Chinese folklore. On their quest to return Gizmo to his family and uncover a legendary treasure, they are pursued by a power-hungry industrialist and his growing army of evil Gremlins.

comic conGremlins : Secrets of the Mogwai 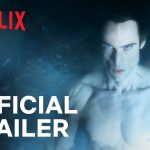 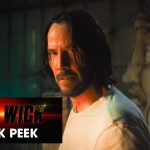