Mission : Impossible : Dead Reckoning star Henry Czerny has joined the cast of the next Scream film at Paramount and Spyglass Pictures.

The new outing, shooting in Canada (doubling for New York), only sees the return of OG cast member Courteney Cox but brings back Hayden Panetierre from Scream 4 and various cast members from the 2022 reboot.

The pic reunites Czerny with Radio Silence, who cast the talented in their 2019 hit Ready or Not. 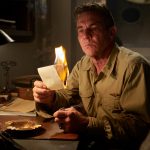 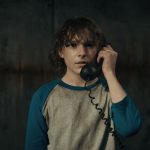