Last week, Todd Phillips took to Instagram to reveal that the script for a “Joker” sequel is complete – and tentatively titled “Joker : Folie à Deux” – and inching ahead.
Today, The Hollywood Reporter has revealed that the WB-financed follow-up is not only hoping to bring back Joaquin Phoenix as the clown prince of crime (duh!) but add Lady Gaga as none other than the comic book villain’s legendary love, Harley Quinn.

“Details on her character are being kept under wraps, but Joker is known for his on-off abusive relationship with Harley Quinn — his psychiatrist at the mental institution known as Arkham Asylum who falls in love with him and becomes his sidekick and partner in crime,” writes Borys Kit of THR.

Lady Gaga is in negotiations to star opposite Joaquin Phoenix in director Todd Phillips’ sequel to #Joker. Sources say the sequel is a musical: https://t.co/8ZNJxSx7c9 pic.twitter.com/OhNjzYry0H 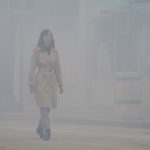 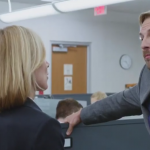