Hot off raves for “The Black Phone”, Ethan Hawke will return to the genre for limited series “The Whites” for Showtime.

According to Variety, the Jay Butterworth-written/executive produced series ” is based on the novel of the same name by Richard Price. It begins with the idea that every detective is haunted by their White Whale, the perpetrator who got away because the justice system failed. Billy Graves (Hawke), once a rising star in his department and former member of a group of well-respected cops called the “Wild Geese,” walks away from NYPD Homicide and joins the Nightwatch division, where his cases end when he clocks out— but his past comes calling when a seemingly straightforward murder case involving a White Whale unfolds, threatening his career, enduring friendships, and family.” 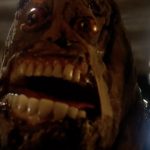