Here’s a rundown of what you may have missed today!

Word around the campfire in Endor is that the series is set in the post-“Return of the Jedi” years, much like “The Mandalorian”.

Disney+ unveiled the teaser trailer for Lucasfilm and Imagine Entertainment’s “Willow” an all-new live-action fantasy adventure series based on the classic 1988 feature film, at the Lucasfilm studio showcase panel at Star Wars Celebration in Anaheim today. “Willow” will premiere November 30, 2022, exclusively on Disney+.

An epic period fantasy series with a modern sensibility set in an enchanted land of breathtaking beauty, “Willow” features a diverse international cast with Jonathan Kasdan, Ron Howard, Wendy Mericle, Kathleen Kennedy, and Michelle Rejwan serving as executive producers. The story began with an aspiring magician from a Nelwyn village and an infant girl destined to unite the realms, who together helped destroy an evil queen and banish the forces of darkness. Now, in a magical world where brownies, sorcerers, trolls, and other mystical creatures flourish, the adventure continues, as an unlikely group of heroes set off on a dangerous quest to places far beyond their home, where they must face their inner demons and come together to save their world.

Disney+ released the trailer and key art from its upcoming series “Andor” that was featured this morning at Star Wars Celebration. The new, original series from Lucasfilm takes place prior to the events of “Rogue One” and launches exclusively on Disney+ August 31, with the first two episodes.

The “Andor” series will explore a new perspective from the Star Wars galaxy, focusing on Cassian Andor’s journey to discover the difference he can make. The series brings forward the tale of the burgeoning rebellion against the Empire and how people and planets became involved. It’s an era filled with danger, deception and intrigue where Cassian will embark on the path that is destined to turn him into a rebel hero.

Harrison Ford and filmmakers James Mangold, Kathleen Kennedy and Frank Marshall of the upcoming fifth instalment of the “Indiana Jones” franchise were on hand to wish five-time Academy Award®-winning composer John Williams a happy 90th birthday today at <em>Star Wars</em> Celebration in Anaheim, California. They delighted the enthusiastic fans with an early photo from the film which opens in cinemas on June 29, 2023. As on all four previous “Indiana Jones” films, Williams is composing the score for the new film.

Ahead of the premiere of “Obi-Wan Kenobi” today on Disney+, the streamer released a new poster : 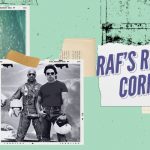 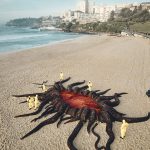