A mysterious virus begins to infect the people of Taipei, turning them into crazed, homicidal maniacs.

The feature debut from writer and director Rob Jabbaz (coming to Shudder on the 12th of May) is certainly a memorable one, that’s for sure. This really isn’t a film for people who are squeamish – the odds of you hiding behind your hands whilst sheepishly peering through your finger gaps is quite high – but the aim was clear with this film, could they make a film so shocking, so repugnantly violent that people want to internally look away, but are fixated by the spectacle in front of them so much, that it becomes impossible to do? If that was the objective, then put a giant tick of success next to this film’s name.

Set in the city of Taipei, a mysterious virus has begun to sweep the streets and infect everyone in its path, turning the locals into crazed homicidal maniacs with a thirst for committing the most heinous and despicable crimes one could imagine; acts of murder, sexual torture (and lots of it), and mutilation is what fuel these vicious creatures – the blackness in their eyes matches the darkness of their souls. It seems oddly fitting to have a narrative focused on a deadly virus, albeit this virus turns people into zombie-like sexual deviants, so that’s where it differs.

Although these “zombies” aren’t as braindead as you would think, they still have some form of intelligence and are cold and calculated; they’re able to speak (usually words as crude as the act itself), and they can use a variety of weapons and even read text messages – so who’d have thought that – but it all adds up, creating an extremely dangerous horde of foes, and there really is only one winner. So, with the odds stacked against them and on opposite sides of the city, Jim (Berant Zhu) and Kat (Regina Lei) are pushed to the limits of sanity whilst trying to reunite during this turbulent time of depravity.

The film’s narrative structure is very familiar, which makes the film somewhat predictable. Zombie films always tend to follow a similar trend throughout, especially at the beginning, and The Sadness is no different. The protagonist hears news about a deadly virus but takes it with a pinch of salt, but soon after sees a person acting strange and covered in blood (usually) and yet, thinks nothing of it – they should really pay more attention to their surroundings. And on their first visit to the outside world, they notice that something weird is happening – sounds familiar, right? And it works every time, I guess. It’s the content that fills in the gaps that you take note of though, and in this film’s case, they are hard to ignore.

Although what differs in this film compared to your average gore-filled zombie fest is that there is a character arc for multiple people, which elevates the film to something more. You feel a connection to the young couple, you want them to succeed and escape these wretched beings, and the primary villain, that creepy businessman (Tzu-Chiang Wang) even breaks through those one-dimensional walls associated with slasher villains. The supporting cast could learn a thing or two from these three because they don’t seem fazed by anything, not even an exploding head – there is more emotion in the morgue, which is where they will soon be heading.

The first introduction to the violence – and the infected – is quite shocking but also quite funny (although that wasn’t the intention) because of how outlandish and unexpected it was. There is no inkling of what to expect up until that point in the cafe, but what it does open you up to is the idea that this is just the beginning, we’ve seen but a small fraction of what is to come – we are just as naive as the protagonist at the start. Something that seemed impossible happens soon after, the film nosedives into an even darker pit of despair; the sexual concept that structures the evil in these infected was an odd turn of events, it becomes such a brutal tool for every act of violence or awful remarks that it becomes too much to handle at times.

I’m all for a violent slasher film as much as the next person even, but even I was in disbelief about what was taking place. It’s incredibly graphic and creative in its gore though (Achilles tendons should not stretch like that), and although the camera pans away from most of the sexual violence, the acts that did make the cut are as vivid and blood-soaked as anything you are likely to see in a film ever again.

There really is only one purpose for this kind of film: to see how gory it can be, and the different levels that can be reached throughout. It’s not a film that breaks new ground with its narrative or its outcome, but it does deliver a spectacle of carnage that is very rarely seen these days (unless it’s an offbeat dark comedy). So, for sheer outlandishness, creativity, and wanting to break new ground, you’ve got to give The Sadness a tremendous amount of credit. 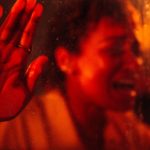 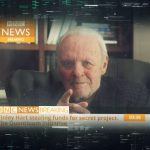