After an ugly ass bout with the dreaded C-virus, I’m back – and fortunately for me (or else I’d be stuck talking about “Top Gun : Maverick” or “Bob’s Burgers” on what’s purportedly a genre-skewed website) there were a couple of solid leads in my inbox.

The first, mind you, does have something to do with… a not-so-SCARE appropriate genre. Still, since “Maverick” will be all the rage this weekend, and beyond that I’m guessing (watch the box office explode, kids), I’ll give it a run. I’m told Sony are trying to get a Flyboy movie of their own going, and likely won’t be the only studio trying to emulate “Top Gun”-sized success by ‘launching’ a similar film, and the one title they’re looking at doing something with is “Iron Eagle” – the 1986 Sidney J.Furie directed flick that the original “Top Gun” spawned in the wake of it’s huge box-office feat.

The stars of the original, Jason Gedrick and Louis Gossett Jr (the OG ‘Chappie’!), are still around and very much still working, so if they go the ‘direct sequel’ route here like Paramount did with “Maverick” a new “Iron Eagle” could definitely work. “Expect a new lead”, I’m told. (Doesn’t mean Gedrick and Gossett can’t still be in it though..)

Sony are also said to be looking very seriously at Dylan O’Brien for a role in one of their upcoming superhero films. The former “Teen Wolf” star was the talk of the web a few weeks back, when rumor hit that he might be brought in to replace the troubled Ezra Miller on WB’s “The Flash”. Though the rumor proved not to be true, folks reacted very positively to O’Brien possibly taking over the role of Barry Allen in the future – and Sony caught wind of it. Tom Rothman wants him in the “Spider-Verse” somewhere – and “as a certain buttoned-up young billionaire that has a rich history in the comics and on film.”  Okay, he’s too old for Norman.. but what about Harry Osborn?

The same scooper also said we’ll hear something on the long-gestating “Robocop Returns” project soon. I hope it’s “of the good news” variety, that project  – particularly since they want to bring Peter Weller back – needs to come to fruition.

See you on the flip side of the holiday! 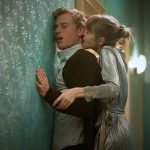 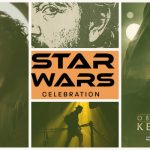