In the pic, criminology student Chloe (Bailee Madison) fakes her own death in order to break into a local small-town morgue to steal a piece of evidence that ties her younger brother to a crime. Once inside, she quickly learns that the coroner (Jerry O’Connell) is using the morgue as a front for his sick and twisted business: selling body parts. When the coroner discovers that Chloe is not dead, a frightening game of cat-and-mouse ensues, and Chloe soon finds that the scariest thing about the morgue is not the dead, but the living.

“Patrick has created a nightmarish vision of the spine tingling script from masters of fright Adam Mason and Simon Boyes,” said Jonathan Paul Deckter. “Bailee Madison is an electrifying protagonist in this hair raising tale that we know will capture the imagination and mesmerize our distributors. She blew us away with her performance in the film and know Bailee is absolutely heading for stardom.”

“Shot inside the actual morgue of an abandoned, and probably haunted, insane asylum added to the terrifying nature of this non-stop edge-of-your-seat thriller led by master of suspense Patrick Lussier.” 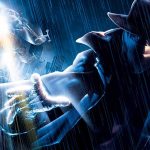 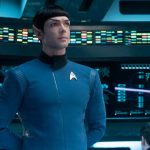