In the new horror jaunt They Talk, directed by Giorgio Bruno, sound engineer Alex accidentally records sinister voices while shooting a documentary. The voices do not sound human, and they appear to be trying to warn him about someone, or something. His search for their meaning will bring back mysterious people and events from his past. A threatening, black, and gloomy wave starts to haunt him.

We spoke to star Jonathan Tufvesson about how the film came about, his prep for the film, and working with the talented Bruno.

How did the role in THEY TALK, come about?

After some extensive research I found a casting notice online. I got the opportunity to do a self-tape. After some time I finally got the script with a storyboard with my face on it. The evening I finished reading it, I had goosebumps all over. A gravity and calling was present saying Alex was written for me. So the next few scenes I got for casting I made sure to “wow” them.

And did it take much preparation?

It did. I had a few months to prepare Alex, so I wrote an extensive backstory in line with the script. First answering and asking a lot of basic questions like: Who am I? Where do I come from? Where am I going? and so on. The more detailed the better. When his life line became clear to me, story, goals, ambitions, traumas, fears, memories. A new wave of inspiration struck while visiting the grave of a deceased friend of mine (on which the character now is partly based). I found inspiration in Japanese animated series, various music and other mystery films. You do whatever you can to transform mind, soul and body. Into him and the universe we meet him in. Alex is a loner and introvert guy with a marbled mind who’s weighted by the fragments of his past. When we meet him here his whole world is about to be consumed in mystery and nightmares.

Anything you had to learn how to do on the film that you hadn’t done before?

I often think in English but I had to learn how to pull off an American accent that was close to untraceable. So I had influence from relatives in the states, various American friends and work with dialect coaches. I also had to learn more Italian and moviemaking language in their terms to be able to communicate with the whole team. Several didn’t speak any English at all.

How much could you relate to the character?

In short, we’re both humble, committed and in search of various truths. We make a living out of film and rather face our fears than flee from them.

Tell me about your director. Did he encourage ideas and input from the cast?

Absolutely! Giorgio valued ideas and feedback so I was free to come up with various inputs. I always wrote him a text message at the end of each day regarding the next day’s schedule and scenes, so we could dive right into it the next morning on set before rehearsals. We basically had like two, top three takes per scene so efficiency was key here. Giorgio has a great love for American filmmaking and these kinds of movies. You see that straight through. His first direction to me became the final trigger for entering the world of Alex. He said “Uccelli”, which means bird in Italian.

And what lovely locations – where was it?

The many stunning locations are mostly filmed among the Calabrian mountains. During that month of filming we faced weather like I’ve never seen. From freezing winter, blizzards, to mild spring, dence autumn and high summer with heat waves. It was incredible, really. Hard to fathom but you see it in the film. 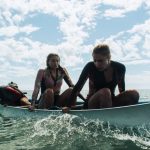 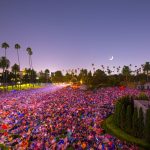