A first look image from RackaRacka’s locally-produced horror film “Talk to Me” has been released via Maslow and 387.

RackaRacka are YouTube sensations Danny and Michael Philippou, who recently wrapped production on the high-concept scare flick in Adelaide, Australia.  International sales agent Bankside Films will be showing a promo of the high-concept horror to buyers in Cannes.

When a group of friends discover how to conjure spirits using an ancient embalmed hand, they become hooked on the new thrill, until one of them goes too far and opens the door to the spirit world. Increasingly haunted by supernatural visions, the friends unwittingly prompt a devastating possession, forcing them to choose who to trust: the dead or the living.

Maslow and Umbrella Entertainment will be handling Australian sales, while 387 Distribution will handle New Zealand. 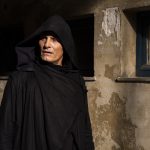 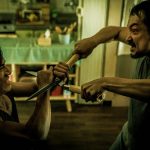