Robert Eggers again reminds us that he hasn’t adopted filmmaking as merely a vocation but a platform to tell stories that haven’t been told – or in the least, told LIKE THIS, with his 10th century Icelandic actioner The Northman.

In what can only be described as a brutal, testosterone-fueled profusion of ”Game of Thrones”, 300, and Kill Bill, Eggers (The Lighthouse) and co-writer Sjorn serve up a ‘ye old tale’ of nipple sweat and literal head-bashing that follows a young Viking’s (Alexander Skarsgard, looking ever the spokesperson for Gold’s Gym) pursuit of the hardhearted killer (Claes Bang) that took the breath from his father (Ethan Hawke) and stole his momma (Nicole Kidman).

When Prince Amleth catches up with the treacherous ‘uncle’, the bad dude has lost his throne and is now ruling a smaller village. The determined terminator plays the part of a slave as long as he can – before the shadow of the moon, a witch, and his fondness for fellow hand, Olga (Anya Taylor-Joy) suggest the time is ripe to make his move.

One time HBO pin-up Alexander Skarsgard (“True Blood”), and his workout regime, rule the roost here but Nicole Kidman is equally impressive (the likes of which she hadn’t been in quite a while, in my opinion) as the title character’s ‘complex’ momma. Hawke and Willem Dafoe, in extended cameos, also add to the tasty meat at the core of this beast’s bones.

Much of the praise though belongs to the production team – skilled, imaginative visionary Eggers, the stupendous production design, cinematographer Jarin Blaschke, who skillfully and flaringly capture the beauty and blood of a nightmarish past.

It won’t be for all, particularly those with a weak stomach, but it deserves to be seen by as wide an audience as it can. Another fine notch in the ‘2022 movies’ belt. 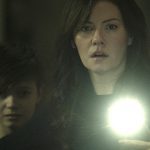 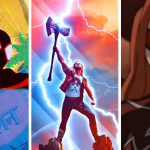