Paramount Plus confirmed today that they’ve added Paul Wesley (“The Vampire Diaries”) to the cast of “Star Trek : Strange New Worlds”, the latest series in the long-running sci-fi series, which hits screens in May.

Who’s he playing? none other than James T.Kirk.

Meanwhile over on that other popular sci-fi saga, the one set in a Galaxy far, far away, The Hollywood Reporter has an interesting report on a pivotal change that went on creatively on May’s “Obi-Wan Kenobi” series.

According to the trade, Ray Park was set to reprise his role as Darth Maul in the Ewan McGregor-starrer but creative differences forced the studio to go another way – thus, Darth Vader (Anakin Skywalker) was brought in.

Ray Park, who originated the character of Darth Maul in #StarWars: Episode I, was expected to reprise his role in #ObiWanKenobi but was then written out, according to multiple sources: https://t.co/JLUfkBm0VS pic.twitter.com/2i9py260OM 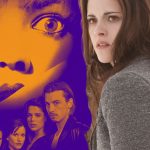 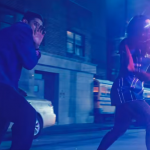