A first look at as “She-Hulk”, as she’ll appear in the upcoming Disney+ series, has been released.

Warner Bros has moved a heap of superhero movies today – a lot of them as much as six months or more. Here’s the latest skids on the sked :

HBO Max has given a straight-to-series order to THE PENGUIN (working title), a limited series starring Colin Farrell in the title role. The DC drama expands upon the world filmmaker Matt Reeves has created for Warner Bros. Pictures’ global blockbuster “The Batman” and centers on the character played by Farrell in the film.

Matt Reeves says, “Colin exploded off the screen as the Penguin in ‘The Batman,’ and having the chance to thoroughly explore the inner life of that character on HBO Max is an absolute thrill. Dylan and I are so excited to work with Lauren in continuing Oz’s story as he grabs violently for power in Gotham.”

Today, Disney+ released the teaser trailer for “Obi-Wan Kenobi,” giving fans an exciting first look at the highly anticipated limited series, which launches exclusively on the streaming service on May 25.

Paramount+ today revealed the official teaser trailer for its highly anticipated upcoming original series STAR TREK: STRANGE NEW WORLDS. The all-new series will premiere Thursday, May 5, exclusively on Paramount+ in the U.S., Latin America, Australia and the Nordics. Following the premiere, new episodes of the 10-episode-long season will be available to stream weekly on Thursdays in the U.S.

STAR TREK: STRANGE NEW WORLDS is based on the years Captain Christopher Pike manned the helm of the U.S.S. Enterprise. The series will feature fan favorites from season two of STAR TREK: DISCOVERY, Anson Mount as Captain Christopher Pike, Rebecca Romijn as Number One and Ethan Peck as Science Officer Spock. The series will follow Captain Pike, Science Officer Spock and Number One in the years before Captain Kirk boarded the U.S.S. Enterprise, as they explore new worlds around the galaxy. 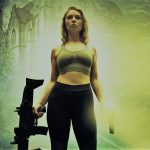 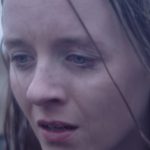