When Wes Craven’s Scream resurrected the horror genre in 1996, few could have predicted the bloody floodgates would have been opened. Not only did the film inspire a new generation of slasher films like I Know What You Did Last Summer (1997) and Urban Legend (1998) but it spawned four sequels spanning 25 years. With new blood like Melissa Barrera and Dylan Minnette joining the legacy stars Neve Campbell, David Arquette and Courteney Cox in the new Scream, what better time to look back at the facts and figures that generated one of the biggest horror franchises of all time…

To coincide with the release of “Scream” coming to 4K, blu-ray, DVD and Digital from March 30, Scare has 5 copies of the film to giveaway on 4K!

To win a copy, just drop us a line on contact@scaremag.com with your name, address and the answer to this question : “What TV series did Neve Campbell star in?” 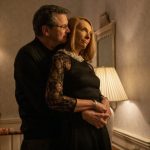 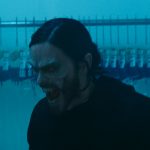