AMC Networks announced today the TCAS that they’ve renewed six original series : The AMC+ Original hit Irish crime drama ”Kin” is getting a second season; Acorn TV Original series ”Bloodlands” and ”My Life is Murder” are both renewed for seasons 2 and 3, respectively, along with ”London Kills” for seasons 3 and 4. Shudder has ordered new seasons for two acclaimed anthologies, including a fourth season for Greg Nicotero’s ”Creepshow” and a new installment in the ”Slasher” franchise, titled ”Slasher: Ripper” and starring Eric McCormack (”Will & Grace”). McCormack will play the role of Basil Garvey, a charismatic tycoon whose success is only rivaled by his ruthlessness, as he oversees a city on the cusp of a new century, and a social upheaval that will see its streets run red with blood. 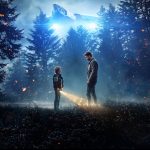 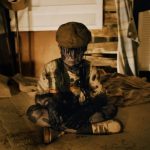