“There are some big surprises in store for the audience,” Landgraf told the audience at the TCA panel today. “Alien takes place before Ripley. It’s the first story that takes place in the Alien franchise on Earth,” said Landgraf. “So, it takes place on our planet. Right near the end of this century we’re in — so 70-odd years from now. Ripley won’t be a part of it or any of the other characters of Alien other than the alien itself.”

There’s also another reason why the creators creatively swayed from using Ripley, or setting the series in a post-“Alien Resurrection” world, Disney brass want Sigourney Weaver to front her own “Aliens” series down the line.

Early days though. It’ll likely depend on the reception to FX’s “Alien” series.

Sure, that’s not the Neil Blomkamp proposal that would’ve teamed Ripley and Michael Biehn’s ‘Hicks’ on the big screen but it’s a cool consolation and ya never know, maybe they’ll retool Blomkamp’s “Alien 5” for the small screen? 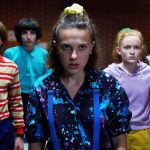 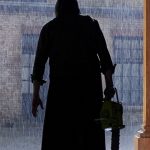