No surprise, considering the money they helped the shingle acquire over the holidays, Sony wants Andrew Garfield and Tobey Maguire back for more “Spider-Man” movies. According to a couple of oft-reliable insiders, there might already be plans afoot to make their returns happen sooner or later – with some suggesting Garfield will reprise his Spider-Man for either a “Spider-Gwen” movie opposite “Amazing Spider-Man” co-star Emma Stone or the next “Venom” movie. There’s also talk of both gents dressing in red again for the inevitable “Secret Wars” movie for the MCU.

Meantime, industry tipster My Time to Shine hears that Willem Dafoe, a highlight of this December’s “Spider-Man : No Way Home”, might also be returning to Culver Studios soon. Seems the studio is keen on more OG Green Goblin. 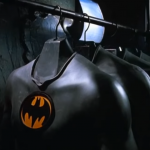