Leaked photos from the stateside set of “Batgirl”, due to premiere on HBO Max either later this year or early next (pandemic pending), suggest Robin the Boy Wonder either pops up in the film or in the least, is acknowledged.

Michael Keaton reprises his Caped Crusader role for the Leslie Grace starring superhero film. Keaton returns as Batman, for the first time in, in the upcoming “The Flash” before continuing to fight the good fight in the “Batgirl” project.

Though it didn’t come off, Marlon Wayans was originally attached to play Robin opposite Keaton’s Dark Knight in the original Tim Burton films.

Don’t base the Batman & Robin mural as an accurate representation of how Keaton’s batsuit may look 🦇 #Batgirl pic.twitter.com/wmNNP1tnwI 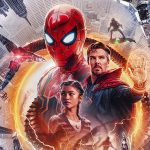 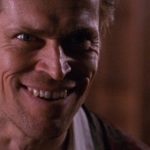